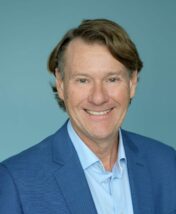 Stephen Simpson is a biologist who has pioneered understanding of one of the most devastating natural phenomena on earth – swarming in locusts. He has also revolutionised the field of nutrition. His locust research spans events within the brains of individual locusts to the causes of mass migration. Stephen’s nutrition research began with insects and led to fundamentally new explanations of human obesity and ageing, and practical solutions for conservation biology and agriculture. Simpson and Raubenheimer’s Geometric Framework for Nutrition has provided a powerfully integrative model for nutrition science, encompassing detailed molecular understanding through to global patterns of disease.

In 2007 Stephen was elected a Fellow of the Australian Academy of Science, in 2008 he was awarded the Eureka Prize for Scientific Research, in 2009 he was named NSW Scientist of the Year, and in 2010 he was named as the Wigglesworth Medallist by the Royal Entomological Society of London, of which he was made an Honorary Fellow. He was also co-writer, narrator and presenter of the four-part documentary Great Southern Land, for ABC TV, which was aired to critical and viewer acclaim in September 2012. In 2013 Stephen was elected a Fellow of the Royal Society of London as “one of the world’s foremost entomologists and nutritional biologists”, and in 2015 he was made a Companion of the Order of Australia “for eminent service to biological and biomedical science.” 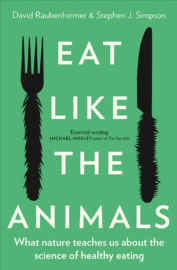 Eat Like the Animals: What Nature Teaches Us about the Science of Healthy Eating (HarperCollins, 2020) 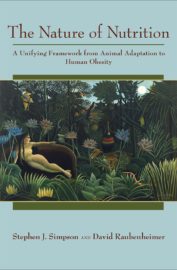 The Nature of Nutrition: A Unifying Framework from Animal Adaptation to Human Obesity (Princeton University Press, 2012)

Plasma levels of trimethylamine-N-oxide can be increased with ‘healthy’ and ‘unhealthy’ diets and do not correlate with the extent of atherosclerosis but with plaque instability. Koay, Y., […] Simpson, S., O’Sullivan, J., et al (2021) Cardiovascular Research, 117(2): 435-449.

A multi-level analysis of feeding behaviour: the geometry of nutritional decisions. Simpson S.J., Raubenheimer D. (1993) Philosophical Transactions of the Royal Society of London B 342: 381-402.